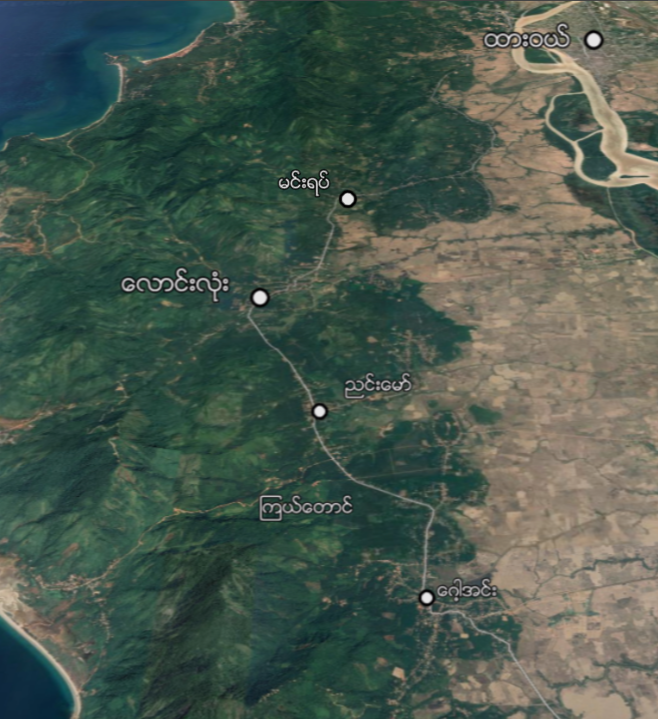 Locals have reported that after a landmine explosion on 21st November near Kyal Toung, Launglon Township, SAC troops closed off the area and shot civilians on motorbikes for no apparent reason which resulted in one casualty, and detained two villagers in Gawtinn Village.

“U Hla Thaung and U Maung Soe from Gawtinn Village were arrested at their homes and detained in the village monastery. SAC soldiers checked the villagers when leaving the village and threatened to shoot those who resisted “said a local.

There are also reports from Min Yat Village that two young civilians on motorbikes were chased and shot by SAC troops.
“One got injured in the leg and was admitted to military hospital in Dawei . Another one escaped. Both are the sons of hardcore USDP supporters of the village” said the local.

On 21st November, around 8:30 a.m, one military truck got hit by landmines near Kyal Toung between Gawtinn and Nyinmaw Villages in Launglon Township and a firefight /(shoot out/Clash )between SAC reinforcements and the Launglong PDFs resulting in 6 deaths of SAC troops and 3 injured, including a police (station office ) while there was one casualty from the Launglon PDF.