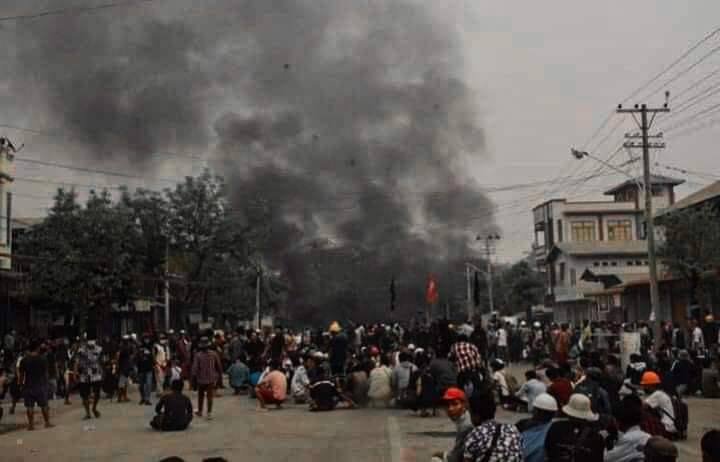 PDF (Kalay) stated they launched an attack on a Junta camp in Kalay on the morning of March 29, the first anniversary of its founding, injuring two Junta troops.

The surprise attack took place at 6 am on March 29 at the corner of Bogyoke Street and Wesley Hospital Street in Tarhan, Kalay.

“To commemorate the first anniversary of the formation of Kalay Civil Army (KCA), one of the founding associations of PDF (Kalay), at Tarhan protest defense line, PDF (Kalay) launched a surprise attack on the Junta camp at the corner of Bogyoke Street and Wesley Hospital Street around six o’clock in the morning on March 29. Two Junta troops were injured in the attack and the PDF (Kalay) forces were able to retreat safely,” the released statement said.

PDF (Kalay) has also vowed to take revenge for the martyrs of the spring revolution, fell at the terrorizing hands of the Junta forces.

Since March 15, the Junta forces have been reportedly targeting the villages in Southern Kalay, raiding them, torching the houses, arresting and torturing the residents and brutally murdering them.

There are frequent clashes between the Junta troops and the regional PDF forces.