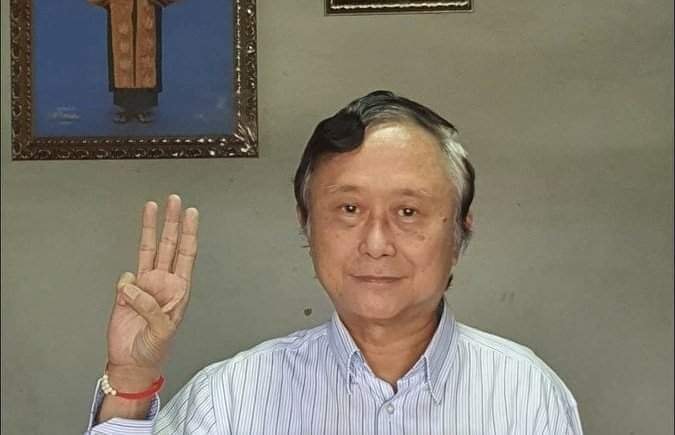 Dr. Ye Lwin, Mayor of Mandalay, was abducted as soon as the coup started. He was sentenced to two years prison under the law 505(B) for inciting a strike, said the junta legal team. It is reportedly the highest punishment under this law.

Although more than 10 defendant witnesses and Dr.Ye Lwin himself stated that he did not commit any crime, he has been sentenced in the special court of Oh-Bo prison, continued the legal team.

Dr.Ye Lwin was detained for a short time on the morning of Feb 1, the first day of the military coup, and released on the same day. Then, he worked at the Mandalay Municipal Office and resigned from his mayoral position 5 days later. He changed his Facebook account profile with his picture raising three fingers (representing the CDM) and writing ‘Together with People”. On February 8th, he was abducted in night.

Then he was sued by the Deputy Administrator of Aung Myay Thar San Township from the Administration Department under section 505(B).