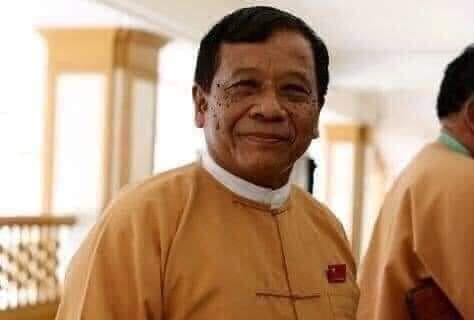 Mandalay Division Chief Minister Dr. Zaw Myint Maung, who was sentenced to four years in prison by the junta regime, was first arraigned in a prison uniform after being investigated for electoral fraud. He was arraigned in the Special Court on December 13th in Oh Bo Prison, according to lawyers.

“It is true that he was arraigned in a prison uniform. He will be arraigned for electoral fraud. The case has just been heard by the prosecution,” said a close lawyer.

U Kyaw Kyaw Soe, former Deputy Director Major, Mandalay Division Election Commission Branch Office, accused the Prime Minister of the Mandalay Division Government, Dr. Zaw Myint Maung for committing electoral fraud in Amarapura and Aung Myay Thar San Townships, in the 2020 election. He filed a lawsuit on November 15th under Section 171 (f) of the penal code. The complaint was lodged with the Amarapura Township Court under Section 130 (a), according to the legal community.

Dr. Zaw Myint Maung abused his power the day before the election by informing the chairman of the sub-divisional election sub-commission, in a letter from the Prime Minister’s Office, the Union Election Commission (UEC) to include eight people not on the voter list in Amarapura Township. According to the junta’s council, the case interfered with the authority of the Union Election Commission (UEC), said the legal community.

For abuse of power in elections or committing an act of impersonation, it stipulates that imprisonment for up to one year under section 171 (f) of the penal code or fine or both punishments can be imposed. Section 130 (a) carries a sentence of up to three years imprisonment.

Dr. Zaw Myint Maung was charged under Section 505 (b) by the military regime. On December 8th, the Oh Bo Prison Special Court ruled that he was sentenced to four years imprisonment in three cases under Section 25/30 (a) of the Disaster Management Act.

The junta regime has also indicted Dr. Zaw Myint Maung on five counts of corruption under the Anti-Corruption Law for allegedly embezzling medical expenses and party office space during his tenure as Prime Minister.

Dr Zaw Myint Maung was the Prime Minister of the Mandalay Division and the second Vice-Chairman of the National League for Democracy (NLD).