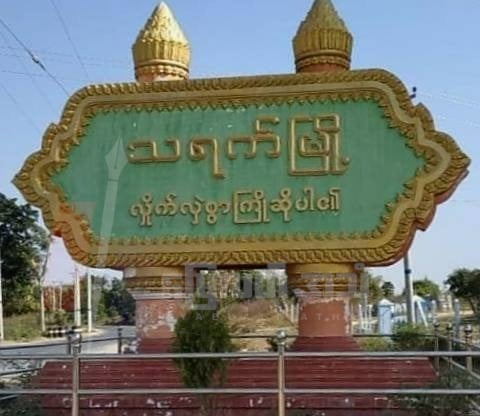 At 5am, a security post on Thayet South exit was attacked with bombs confirmed by the Thayet PDF.

“Junta troops were stationed at the security post on Thayet South exit. That place was blown up. We are still confirming their casualties.

It was a joint mission of the Thayet PDF and Kanma PDF, and the blast caused at least four junta soldiers to be wounded”, he added.

It was reported that junta troops are launching a huge force to investigate.