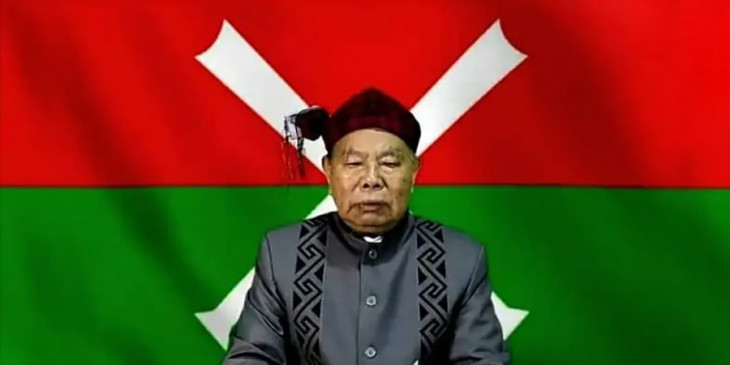 In his new year’s speech, General N’Ban La of the Kachin Independence Organization (KIO) said, “If the people of Myanmar can end this dictatorship, without holding onto racism, we could work together towards our goals. True democracy in Myanmar. The junta regime is merely an organization without any supporters or recognition by anyone. It is very touching to see the people of Myanmar, either in hilly regions or in the plains, altogether, fighting against the junta.” he continued.

“I want to remind every resistance force fighting against the junta, not to bomb in public places like schools and hospitals and other non-junta related places nor to harm or kill unrelated people. I want the resistance forces to follow the rule of law so that they will not be punished,” he concluded his speech.