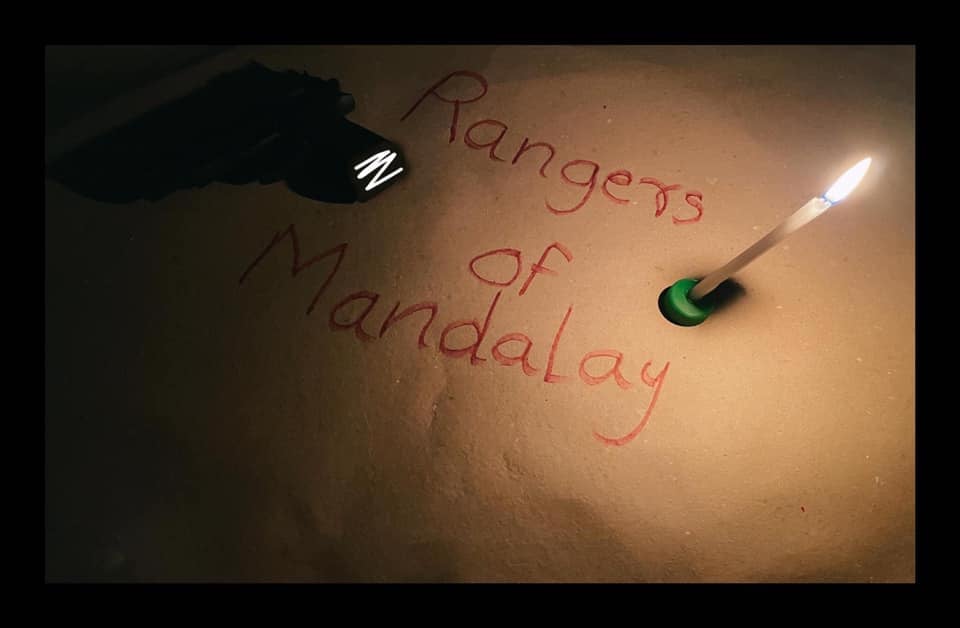 Two muggers who stole a purse and mobile phone from a woman have been arrested by the members of Mandalay Rangers PDF and the property was returned to the owner.

“On November 26th, a women riding a motorbike was pushed over by 2 muggers on 113th street in Mandalay and her bag and phone was stolen,” said the Mandalay Rangers PDF.

As soon as we found out what had happened, we chased the muggers and caught them in an alley street and the property was returned to owner.

The muggers were migrants, aged between 20 and 25. One is staying on Myothit, Mingalar Kan street and the other is staying in a ward situated in the edge of the urban highway road, as reported by the Mandalay Rangers.

“Since we didn’t have much time because of the security situation, the two muggers were photographed and warned that their lives cannot be guaranteed if they are found committing crimes again. Then the property was returned to the owner”, said a member of the Mandalay Rangers PDF.

People in Mandaly have been urged to take care when driving by motorbike in streets which are not crowded. The Mandalay Rangers PDF and their allies have announced that criminals such as these muggers will not be forgiven if they are found committing the same crime a second time.